WHATEVER HAPPENED TO THAT TOTALLY? 100%? MADE IN NIGERIA BUS BUILT BY NIGERIA SOMETIME BACK IN THE DAY NOW ? 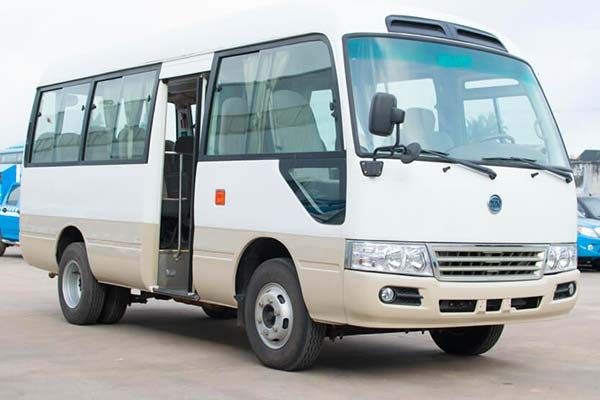 the bus was called the Neptune? or so .. if my memory serves correctly.

and what happened was that sometime during the administration of General Ibrahim Babangida as Military President of the Federal Republic of Nigeria and Commander in Chief of the Armed Forces Ruling Council ( AFRC ) who ruled Nigeria from 1985 to 1993 ( i.e 8 years ),

General Babangida, popularly known as IBB, commissioned a Nigerian scientist Professor Godian Ezekwe to build a made in Nigeria vehicle for Nigeria.

prior to this time, Nigeria had had vehicle assembly plants in Nigeria where
CKDs i.e completely knocked parts imported from Europe were assembled together e.g
● the Peugeot Assembly plant in Kaduna?, Northern Nigeria
● the Volkswagen Assembly? plant in Lagos?, Southern Nigeria.

these companies built/produced vehicles, however, none of these vehicles was put together from scratch by using locally sourced made in Nigeria materials or local fabrication/manufacturing of the component parts in Nigeria using materials locally available in Nigeria.

what PAN and VON? did was to import broken-down parts of the vehicles from France and Germany and then put them together here in Nigeria.

sort of like getting the various parts of a jigsaw puzzle from someone somewhere and putting it together in your own house.
clearly, you didn’t build the jigsaw puzzle yourself using your own materials e.g thick cardboard paper that you made.
you just got something that someone else had made and reduced to join-able bits and pieces.
and then put the parts together.

the hype way back then was that it was a step in the direction of “technology transfer” i.e in the direction of  the learning of the technology of how the industrialized nations of the world e.g Britain, France, Germany, etc create and manufacture the various diverse/different equipment that they produce.

the idea or at least the hype was that instead of just importing only the finished product and thus not having any inkling whatsoever as to how it was put together, by importing the bits and pieces of it and joining them up together to get the finished product, some Nigerians would, at least, get some sort of idea of how a part of i.e some of the manufacturing of the product works.

after some time, Nigerians felt Nigeria should move on beyond this stage and begin to make vehicles from scratch to finish in Nigeria.

additionally, a policy and practice of the devaluation of the Nigeria national currency had begun with one result being that the cost of cars shut up in Naira terms in Nigeria.

so, people felt that one area where the then SAP ( Structural Adjustment Programme ) could yield it’s hyped benefits of “backward-integration”→→

[ which if i understand it correctly included in meaning, amongst other interpretations, the turning of Nigeria into a net producer of various goods which would be cheap ie very easible affordable for Nigerians ]

→→ was in the building of a car from scratch from locally available materials by Nigeria scientists, engineers and technicians,etc and the making available of this car at an easily affordable price to Nigeria residents.

you may or may not like General Ibrahim Babangida.
however, you can not deny that he impacted on Nigeria in many ways during his rule as head-of-state and that he had a gift/talent of carrying the people along on issues they had opinions on including for example the IMF Debate, the National Conference matters, etc

one area where General Babangida show-cased this talent/gift of his was in getting a brilliant Nigerian engineer and scientist with a towering reputation for manufacturing highly effective equipment from local resources in? an over-riding? environment? of lack? to head a team of fellow scientists that were charged with the target of producing a genuinely 100%? made-in-nigeria car.

and from rumours, General Babangida gave them a free-hand and in terms of design and everything.

the team went to work and completed their assignment.

and the result of their efforts was displayed with much fan-fare for the Nigeria public at the National Stadium, Surulere with President Babangida in personal attendance on the day of the un-veiling.

the un-veiled result showed that the team had gone some steps further than their mandate and actually built a bus instead of a car.

and this was probably the point at which things fell apart for the project because
● Nigerians seemingly? expressed surprised that the team had
( despite the good reasons they advanced for doing so )
produced a bus instead of a car whereas all along the had been hoping for an easily affordable made-in-nigeria car

● also the Nigeria newspapers in their cartoons after the un-veiling of the bus seemingly? embarked? on a mockery? and ridicule-ing? of the bus produced as against the original car target.

in many ways, Babangida was a “man of the people”.
and probably? noticing that there was resistance? in the Nigeria newspapers as shown in the continuing flurry ridicule-ing? cartoons and mockery? cartoons of the bus produced as against the original car target deftly side-stepped the giving of a go-ahead order to build a manufacturing plant to mass produce these buses just in the same way he allowed Nigeria receive those volumes of containers of Depo-Provera? contraceptives that were given to Nigeria free with the rumoured view of stopping Nigeria females from giving birth and then side-stepped the giving of a go-ahead order to distribute those dangerous items free to all Nigeria women.

the passing of time has shown the brilliance and insightful perception of the Prof. G. Ezekwe team
as seen and demonstrated, for example, in the un-deniable and un-challengeable and difficult-to-hide-away realities that

if Nigeria had gone ahead with a manufacturing plant for buses,
● possibly all these various sizes and types of buses used for transportation within Nigeria by/for public and private concerns would have been made in Nigeria
and
● a thriving industry employing thousands of people – marketers/sales persons, administrators, technicians, engineers, etc would have been created
and
● upstream and downstream supply chains providing employment for “small”” and “big” Nigerians,etc would have been created
and
● huge financially profitable upstream and downstream impact on related businesses e.g advertising, tv houses, radio houses, newspaper houses, etc would have been created
and
●financially / economically, Nigeria would not be sending so much money out of Nigeria when Nigerians want to buy buses and infact there would be a huge positive impact on internally generated revenue within Nigeria from this sector of the economy

infact, all those BRT buses used by Lagos State may have been sourced from the company as the company could have been commissioned to produce those “luxurious-bus” type of buses in enough specified/identified quantities for the Lagos State BRT project
which
reminds one of the rumoured conspiracy theories that the Nigerian newspapers at the time were predominantly staffed, owned? and run? by a tribe in Nigeria and that this tribe not being of the same tribe as President Babangida or Godian Ezekwe used their dominance and domination of the Nigeria newspapers then to ruin and kill the project.

the valid point still remains that if Nigeria had pressed forwards with that project then, the benefits would have been huge for Nigeria then, now, in the period in between then and now, and also well into the for-see-able future.

One thought on “WHATEVER HAPPENED TO THAT TOTALLY? 100%? MADE IN NIGERIA BUS BUILT BY NIGERIA SOMETIME BACK IN THE DAY NOW ?”