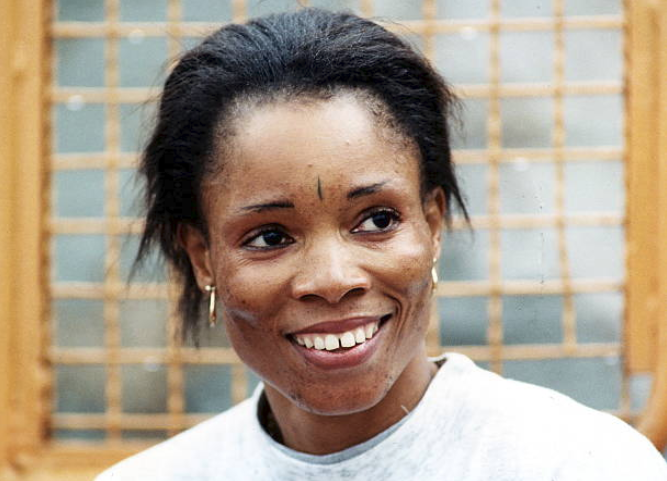 and a lot of people have been saying that
it was GOD that did it for her
and that it was in fact a miracle of a sort
and that if GOD can do something like that for them personally, they will serve GOD forever.

they may be right.
they may be wrong.
the fact is and remains that what unfolded around CHIOMA  AJUNWA in that OLYMPICS GAMES and in the WITHIN NIGERIA PREPARATION FOR THE PREVIOUS OLYPMICS 4(FOUR) YEARS EARLIER was very, very unusual and in many may a once-in-a-lifetime / once-in-several-generations happenstance.

someone ( a lady ) is virtually the fastest lady sprinter in Nigeria at a time.
and you can place winning bets on her that
if she goes in for a race, she’s bound to win.
and even if she doesn’t win .. she’s going to be there in the FIRST THREE.

and then the news hits in the Nigeria media.
CHIOMA AJUNWA’s sample has been sent for a test in preparation for the trip out of Nigeria to attend in and participate in the global-scale world-stage OLYMPIC GAMES and the results have come back bad with the effect that CHIOMA is not going to run in this OLYMPICS.

let’s forget about the rumours that one influential man wanted to go to bed with her and when she refused, the wicked fellow used his influence to get CHIOMA AJUNWA’s test sample to be given a bad result as a REVENGE and VENDETTA against her for turning him down.

i mean rumours will always circulate.

let’s just stick with the facts.

and the facts are that :

● CHIOMA AJUNWA couldn’t go to that OLYMPIC GAMES again.
● she had to wait for a WHOLE FOUR YEARS before she could compete within NIGERIA to be part of the NIGERIA OLYMPIC TEAM going to the next i.e current OLYMPIC GAMES.

● four years is a long time.
● for an athlete to be in good form for 4 years is not an ordinary accomplishment.

● and this time around, if my memory serves correctly, she wasn’t penciled down for her specialty – the sprints – the short distance race – the 100 metres dash

CHIOMA AJUNWA – long jump ? anyway, thank GOD, her sample was OK this time. And she made it to the OLYMPIC GAMES this time.

CHIOMA AJUNWA participated in that OLYMPIC GAMES long jump event. she took off, ran, gathered momentum, stepped on the mark and lifted into the air.
that jump was good.
that jump was her first jump.
and it was THAT FIRST JUMP that gave her THE GOLD MEDAL.

AND YET, NONE OF ALL THEIR JUMPS WAS GOOD ENOUGH TO MATCH THAT FIRST JUMP OF CHIOMA AJUNWA OR BEAT IT.

so, CHIOMA AJUNWA, won and was given the OLYMPIC GOLD MEDAL for that event.

i guess now you can understand why many Nigerians at the time went about saying that
it was GOD that did it for her
and that it was in fact a miracle of a sort and that if GOD can do something like that for them personally, they will serve GOD forever