regarding that advisory from Her Excellency, Mrs. Bianca Ojukwu on how a person of the igbo/ibo tribe might achieve the office of the President of the Federal Republic of Nigeria 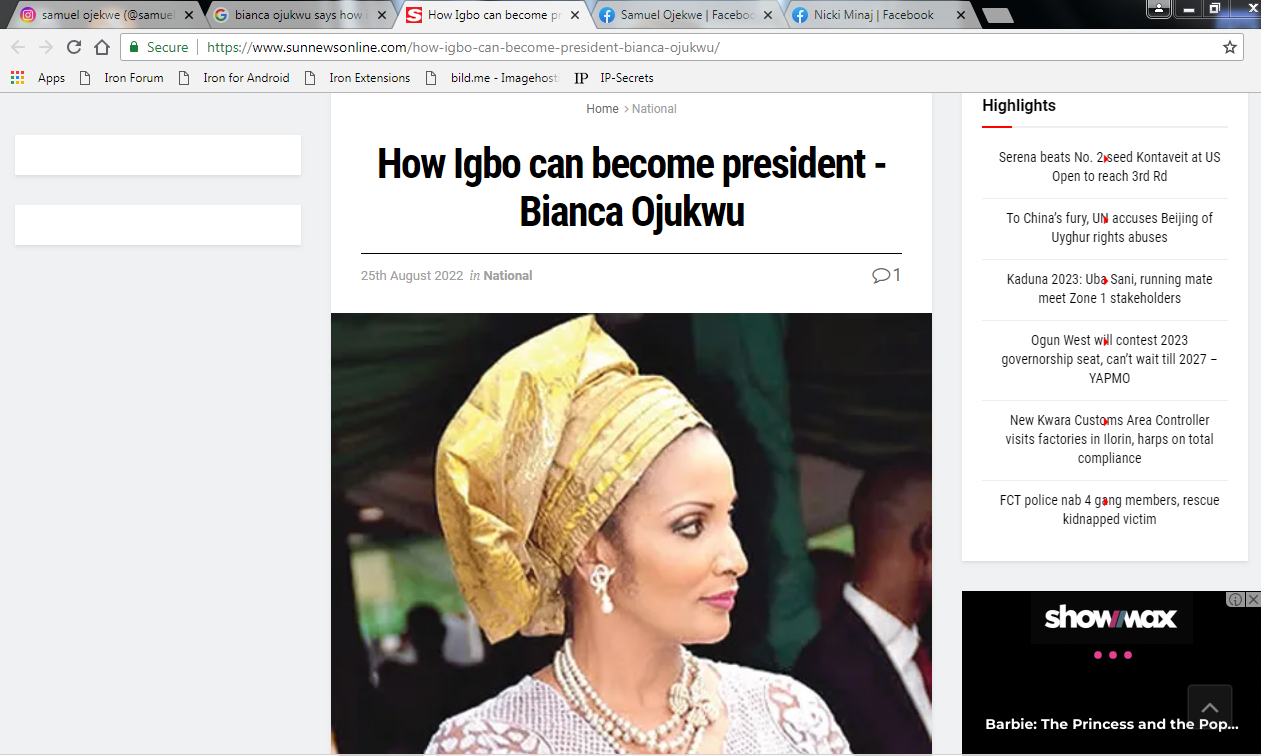 in very many ways,
Her Excellency, Mrs. Bianca Ojukwu’s advisory
is
highly perceptive and very pragmatic

especially when the counsel is viewed from

🟣🟩 the perspective of the political history of Nigeria thus far

🟥 A HOUSE DIVIDED AGAINST ITSELF CAN NOT STAND

🟥 A HOUSE DIVIDED AGAINST ITSELF CAN EASILY BE DESTROYED
BY ENEMIES

🟥 A HOUSE DIVIDED AGAINST ITSELF WILL FALL

this wisdom which has been demonstrated to be
of empirical value and empirical application
around the globe
i.e everywhere on earth
is reflected in her counsel,
which advises, inter-alia, that :

” We must unite to achieve our common goal.

…. we cannot make progress by becoming internally divided,
with some of our major stakeholders working against our collective interests.

But we must not box ourselves into a corner.

We must continue to build pragmatic partnerships
and
anchor our aspirations on
strategic engagements, alliances and negotiations

which,
while tapping into our collective goodwill and progressive agenda,
will advance our political interests. ”

🟩🟦🟣 on her advisory that
WE MUST NOT BOX OURSELVES INTO A CORNER
the inherent pragmatism therein becomes self-evident if we take a step in
the direction of learning lessons from Nigeria history.

at this time (1979 )
🦁🇳🇬 DR. NNAMDI AZIKIWE of the igbo/ibo tribe
was the flag bearer of
the NPP ( NIGERIA PEOPLES PARTY )

at this time (1979 )
🦁🇳🇬 MALLAM? AMINU KANO of the hausa? tribe
was the flag bearer of
the PRP ( PEOPLES REDEMPTION PARTY )

at this time (1979 )
🦁🇳🇬 ALHAJI WAZIRI IBRAHIM of the hausa? tribe
was the flag bearer of
the GNPP ( GREAT NIGERIA PEOPLES PARTY )